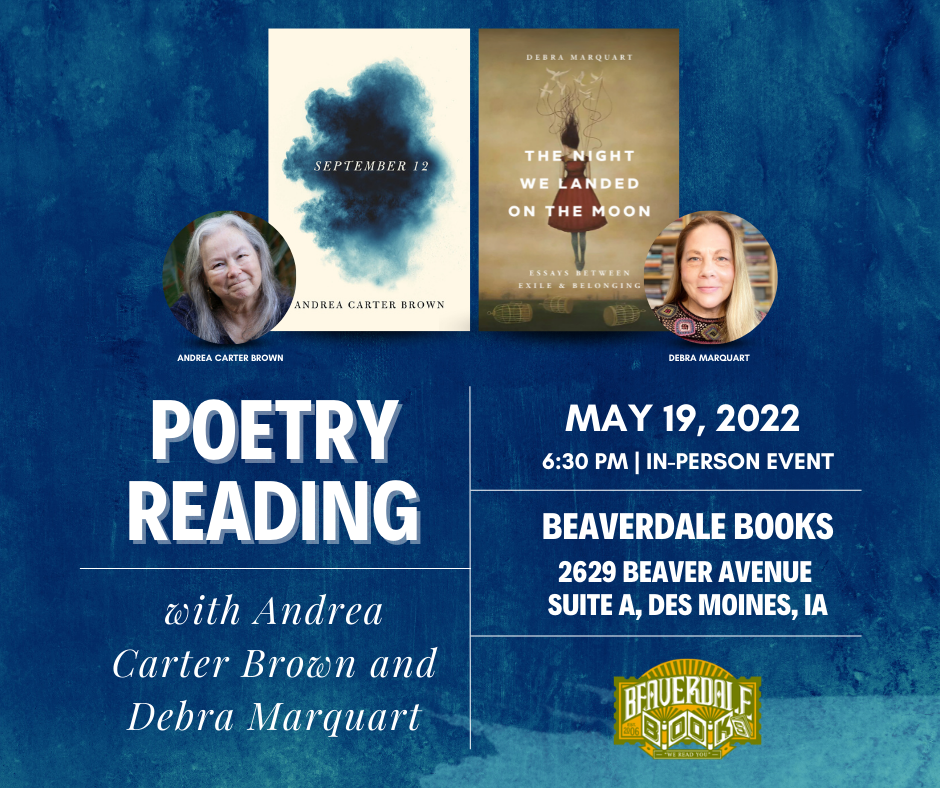 The twentieth anniversary of 9/11 sees Andrea Carter Brown gathering her work into one devastating bouquet of terror, survival, grief, and recovery. From stark moment- to-moment narrative of the night from her apartment one block from the Towers, through the poems of loss and recovery, her honesty refuses simple answers and refuses to prettify. Bracketed by poems that celebrate the beauty of New York and of the life that followed, Brown pulls us through the arteries of trauma to a wise and astonished consciousness of what it means to heal. To sing again.

September 12 is the recipient of the 2022 IPPY Silver Medal in Poetry. 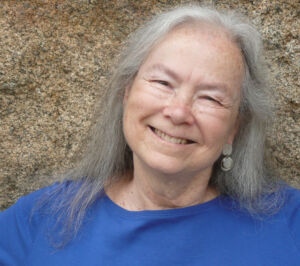 Andrea Carter Brown is the author of September 12 (The Word Works, 2021), The Disheveled Bed (CavanKerry Press, 2006) and two chapbooks, Domestic Karma (Finishing Line Press, 2018) and Brook & Rainbow (Winner of the 2000 Sow’s Ear Press Chapbook Award). Her poems have won the Five Points James Dickey Prize, the River Styx International Poetry Prize, and the PSA Gustav Davidson Memorial Prize, among many others. Formerly a founding editor of Barrow Street, she is currently Series Editor of The Word Works Washington Prize. An avid birder, she lives in Los Angeles, where she grows lemons, limes, oranges, and tangerines in her back yard. 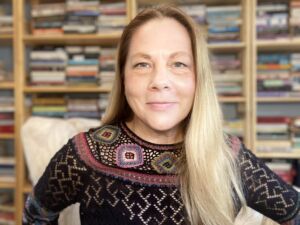 Debra Marquart is Iowa’s Poet Laureate and a Distinguished Professor of Liberal Arts and  Sciences at Iowa State University. She will read from her most recent book, The Night We Landed on the Moon: Essays Between Exile & Belonging.

A memoirist, poet, and performing musician, Marquart is the author of seven books including an environmental memoir of place, The Horizontal World: Growing Up Wild in the Middle of Nowhere and a collection of poems, Small Buried Things: Poems.  Her short story collection, The Hunger Bone: Rock & Roll Stories drew on her experiences as a former road musician.