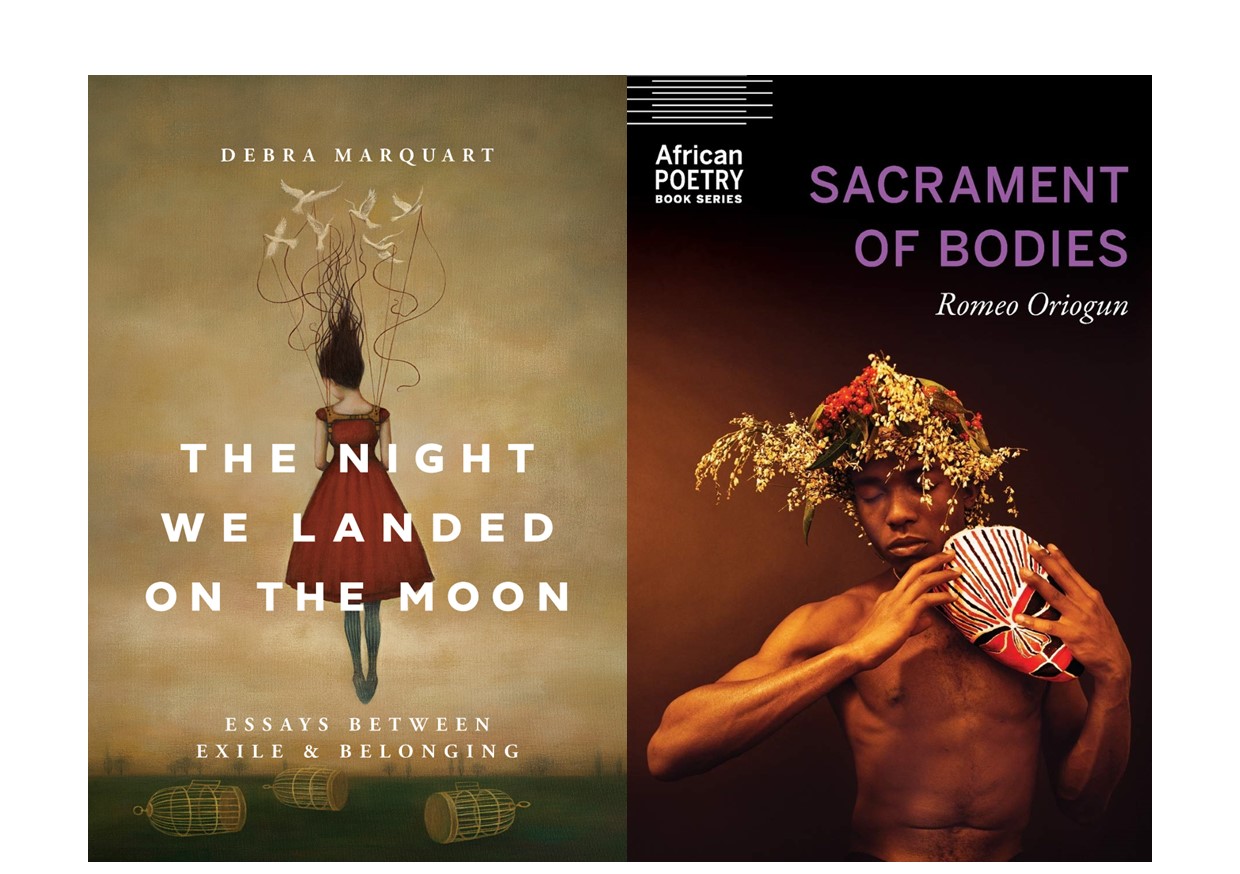 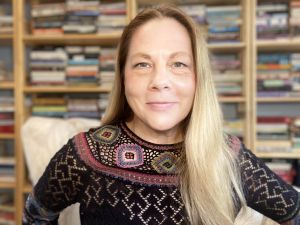 Debra Marquart is a Distinguished Professor of Liberal Arts and Sciences at Iowa State University and Iowa’s Poet Laureate. She is the Senior Editor of Flyway: Journal of Writing & Environment.

Marquart’s work has been featured on NPR and the BBC and has received over 50 grants and awards including an NEA Fellowship, a PEN USA Award, a New York Times Editors’ Choice commendation, and Elle Magazine’s Elle Lettres Award. Marquart teaches in Iowa State University’s interdisciplinary MFA Program in Creative Writing and Environment and in the Stonecoast Low-Residency MFA Program at the University of Southern Maine.

A memoirist, poet, and performing musician, Marquart is the author of seven books including an environmental memoir of place, The Horizontal World: Growing Up Wild in the Middle of Nowhere and a collection of poems, Small Buried Things: Poems. Marquart’s most recent book, The Night We Landed on the Moon: Essays Between Exile & Belonging, was published in 2021.

Marquart’s short story collection, The Hunger Bone: Rock & Roll Stories drew on her experiences as a former road musician. A singer/songwriter, she continues to perform solo and with her jazz-poetry performance project, The Bone People, with whom she has recorded two CDs.  Her poetry collection, “Gratitude with Dogs Under Stars: New & Collected Poems” is forthcoming from New Rivers Press. 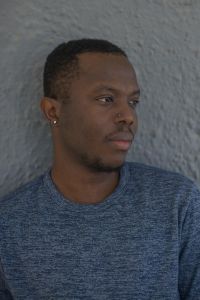 Romeo Oriogun, a Nigerian poet and essayist, is the author of Sacrament of Bodies (University of Nebraska Press) and three chapbooks. He is the winner of the 2017 Brunel International African Poetry Prize. A finalist for the Lambda Prize for poetry and for The Future Awards African Prize for Literature, Oriogun has received fellowships and support from Ebedi International Writers Residency, Harvard University, Hutchins Center for African and African American Research, Oregon Institute for Creative Research, and the IIE- Artist Protection Fund. His poems have appeared in Poetry, Harvard Review, American Poetry Review, Poetry London, The Poetry Review, Narrative Magazine, The Common, and others.  A graduate of the Iowa Writers’ Workshop, his poems have been translated into several languages.