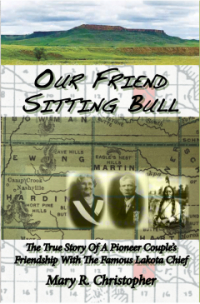 It was a steamy, late-summer day when newlyweds Lizzie and George Dell pulled up their two covered wagons at the site where they would live as cattle ranchers for the next twelve years.

Lizzie was twenty years old. She was exhausted, hungry, thirsty, sweaty, AND six months pregnant. Her skin was tanned like leather and her hands were calloused from driving George’s team of horses four months while he drove the oxen-pulled wagon. Surrounding her were the cowboys, cattle, and horses that accompanied the couple on their long journey.

It would not be long before Lizzie discovered that there were no neighbors for miles in this beautiful but remote part of the Dakota Territory. She wondered if the years ahead would bring a lonely, isolated existence.

They might have—but here comes the BIG REVEAL! One summer day Chief Sitting Bull rode up on his horse. He must have liked the dinner and company that day because he came back often and he brought a lot of family and friends with him.

“Mary Christopher’s Our Friend Sitting Bull is a remarkable true story pulled from her own family’s history about a surprising friendship in the pioneer era, one  that portrays a fresh and interesting perspective of a famous historical figure. With engaging facts and a glossary for support, readers will be both entertained and educated by this fascinating tale.” —Kali White VanBaale, author and creative writing professor

“As a descendant of the Dells, I grew up hearing stories about their friendship with Sitting Bull and the Sioux Indians in the Dakota Territory long ago. This new book, with its depiction of settlers’ life on the prairie, captures the spirit of those true tales and the importance of one family’s good relationship with their Native American neighbors. I hope that the historical events described here will encourage readers to value the lives of their own ancestors and be open to the
experiences of other people different from themselves.”
—Sharon Hudgins, author, journalist, and great granddaughter 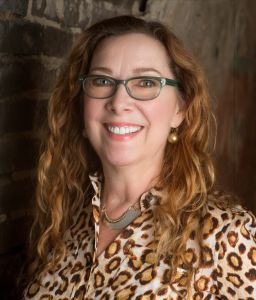 Mary Radcliffe Christopher is a fifth-generation Iowan who lives in Des Moines. The Dells were her great-grandparents (her father’s mother’s parents) and she grew up hearing these stories. This is her first book.