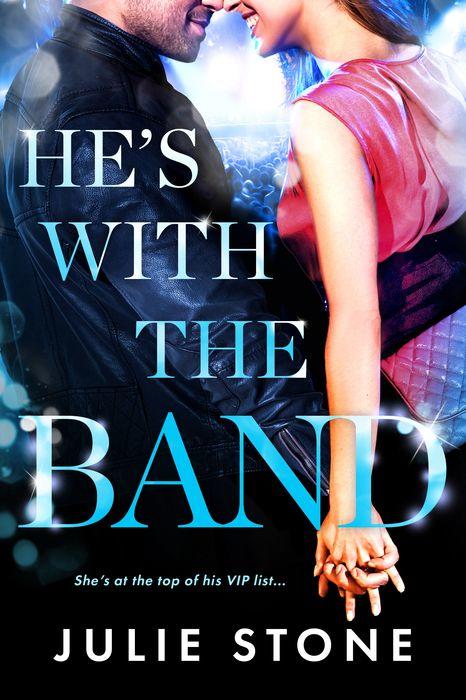 Julie Stone | He’s With the Band

What if you got to make a different choice?

After twenty-three years of marriage to an utter jackass and beige décor as far as the eye can see, Campbell Cavett is now divorced. Officially. But how did she lose herself for all these years? Somehow she went from being a bold, starry-eyed young groupie who followed Golden Tiger on tour to…snapping photos of snot-nosed kids for their Pinterest moms at the local Portrait Hut.

But she takes her Divorce Party one bottle of Pinot Grigio too far and wakes to discover she’s quit her boring-ass job, arranged to sell her house, and has tickets to the Golden Tiger reunion show. Which is exactly when fate and Campbell decide it’s time to pick up where she left off all those years ago.

Now Campbell’s on tour as the official photographer of her favorite band and living the life she’s always dreamed. But backstage access means that she’s about to discover a whole lot. Not just about herself, but about a blast from her past who looks way hotter than he has any right to twenty-plus years later. Plus there’s that mind-blowing secret Golden Tiger’s been hiding from everyone. They say time can heal anything. But is six weeks on the road enough to truly start fresh?

This event will be moderated by Kali White VanBaale, a Des Moines-area creative writing professor and award-winning author of novels, short stories, essays, and articles. 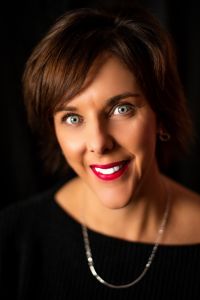 Julie Stone was born a child of the seventies complete with rainbow shirts, bell bottoms and a belief in unicorns.  All that whim and whimsey ushered her into the wonderful world of being a teenager in the eighties, something she has a hard time letting go of most days. I mean, the styles, the music, the movies? It was a playground for the creative mind she was growing.

Alas, she had to leave all that behind and become an adult. Graduating with a degree in English from the University of Iowa (go Hawks!) where along with a degree she also earned herself a husband. She embarked on all of the regular, boring grown up things that come with age. Until the magical world of motherhood brought along a new chapter of joy, terror and sleepless nights.  But also, nap time. Suddenly there was time to go back to her creative calling and write. Through raising two boys, several moves around the Midwest, those stories and that keyboard kept her company and kept her, relatively sane. (Depending on who you ask.) Currently settled in Iowa, she continues to pursue her love of the written word, her cat and sMothering the three boys in her life to the best of her abilities.