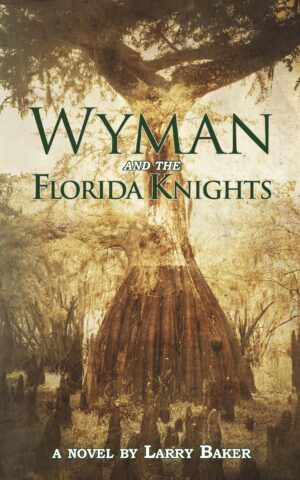 All I know is what I’ve heard. You want to disappear, you go to Knightville.

Peter Wyman was the most famous portrait painter in America, but his fame had come with a high price—his mind and soul. Nearing the end of his life he wants to erase himself, but how? He decides to go into hiding. But where? He’s clueless until an aging blond cashier in St. Augustine points him in the right direction…
“There’s one place you might go look for, north of Orlando, if it still exists. I’ve heard stories about it for years but now it seems to have disappeared. Hasn’t been in the news for decades. Ex-boyfriend of mine came from there and told me it was full of crazies, which I thought was funny, since he turned out to be an asshole meth dealer.”
“Place doesn’t exist?”
“All I know is what I’ve heard. You want to disappear, you go to Knightville.”

“During my long career writing about Florida and Floridians, I encountered folks like the Knight Clan that Larry Baker has created. I’ll be honest, this kind of scared me. Warning: thrills and chills ahead.”—Jeff Klinkenberg, columnist at Tampa Bay Times

“Florida’s not just a place but an idea, a fever dream, a place to gamble and win big, and sometimes a place to lose it all. Larry Baker takes a big, imaginative swing at this distinctive place and hits a literary home run. It’s part Southern gothic, part history lesson, part adventure, and a fully immersive experience.”
—Craig Lancaster, author of And It Will Be a Beautiful Life & 600 Hours of Edward

“How does Larry Baker manage to combine the myth-making power of William Faulkner with the Florida wit of Carl Hiassen?  This is a Cain and Abel story, a Faustian Bargain story, and a profoundly tragic story of family secrets. But then we meet Angel Darling, a stripper/swinger who starts saving souls. And Black, a Florida panther who was first seen in 1866 and then again and again until Election day of 2016. It’s a myth in three centuries, but real enough to stalk and mangle people in each of them.”—Patty Friedmann, author of Secondhand Smoke 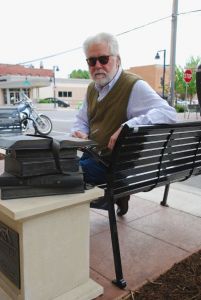 Larry Baker earned his doctorate at the University of Iowa and is a former member of the Iowa City Council. He is included on Iowa City’s Literary Walk and is the author of seven novels.