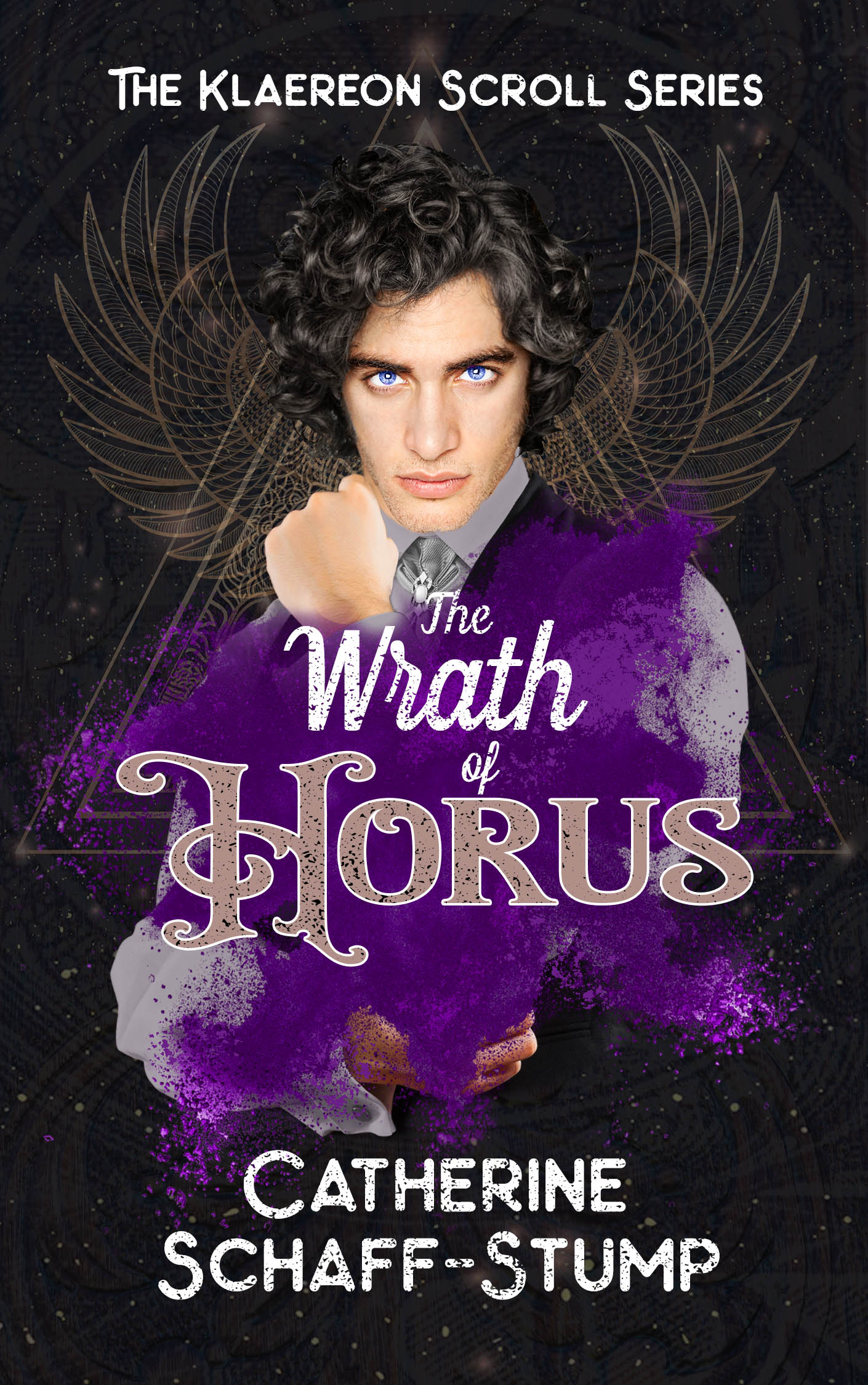 The Wrath of Horus

For Gregorius Klaereon, his Trial with the god Horus isn’t about winning or losing. It’s about the fight. His temperament aggressive, his anger on display for all to see, Greg is a direct contrast to his brother Marcellus, the perfect Lord Klaereon, the prophet who can do no wrong. How Marc tolerates Greg is a mystery to Greg himself, especially as Greg knows deep down that Greg is responsible for the deaths of his parents.On the eve of the Klaereon birthday celebration, two days before Greg’s Trial, Greg fights with his cousin Flavia Borgia, and the two of them activate a reality shard which sends them, Marc, and others to the Abyss. There, they are judged and scattered throughout the nine circles. Greg, alone, discovers his Trial was the least of his worries as he is confronted by Set, the god of destruction, in a desolate landscape where his shadow powers no longer work. While Greg endures, certain his rightful punishment has found him, Marc and the others scramble to reunite, rescue Greg, and make their way to the Golden City of the banished Egyptian pantheon, desperate to find a way home.

Doug Engstrom imagines a future all too terrifying–and all too possible–in this eerie, dystopic speculative fiction debut about corporate greed, debt slavery, and gun violence that is as intense and dark as Stephen King’s The Long Walk.

Like many Americans in the middle of the 21st century, aspiring actress Kira Clark is in debt. She financed her drama education with loans secured by a “lifetime services contract.” If she defaults, her creditors will control every aspect of her life. Behind on her payments and facing foreclosure, Kira reluctantly accepts a large signing bonus to become a corporate gunfighter for TKC Insurance. After a year of training, she will take her place on the dueling fields that have become the final, lethal stop in the American legal system

Catherine Schaff-Stump writes speculative fiction for all ages. She has written goofy middle-grade and gothic fantasy and everything in between. Her short stories become novels, her novels become series, and in general, her writing stretches. In addition to writing, Catherine teaches English to Speakers of Other Languages at a community college, which helps her learn a lot about other cultures. Catherine likes to travel and finds that her 150-year-old house in Iowa is a good place to leave her stuff when she does. She has a crafty husband who puts together the best Halloween displays in their small town. Catherine has been to Viable Paradise and Taos Toolbox. She is a member of the Science Fiction Writers of America. Her current young adult series is about demon binders in the 19th century.

Doug Engstrom has been a farmer’s son, a US Air Force officer, a technical writer, a computer support specialist, and a business analyst, as well as being a writer of speculative fiction. He lives near Des Moines, Iowa with his wife, Catherine Engstrom.