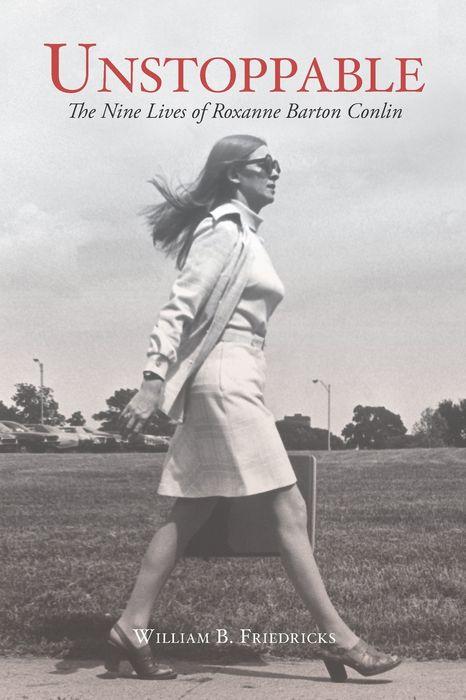 Unstoppable is the first in-depth biography of Roxanne Barton Conlin, who rose from a difficult childhood where she faced an abusive father, to become a leading Iowa attorney, feminist, political candidate, and community leader dedicated to fighting for the underdog. Her lifelong passion of stomping out injustice and lifting people up has given a voice to the voiceless.

There were bumps in the road and failures along the way, but Conlin persisted, breaking glass ceilings and opening doors for women while battling for civil rights for all. Drawing on extensive interviews, private and public papers, and a vast array of secondary sources, author William Friedricks weaves together a penetrating and colorful story of one of Iowa’s most prominent figures. 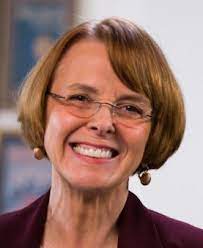 Roxanne Conlin has her own law firm in Des Moines, where she exclusively represents people who have been harmed by others, whether by discrimination, products, doctors or vehicles.   She entered Drake University in 1961, when she was only 16, and graduated from law school with honors five years later at the age of 21.  From 1969 to 1976, she was an Assistant Attorney General for Iowa, where she was head of the Iowa Civil Rights section and fought race and sex discrimination. She also rewrote Iowa’s inheritance laws; toughened the state’s assault laws and blocked a merger of two major utilities that would have hurt the average consumer.  She left the Attorney General’s Office to become a consultant to the United States Department of State for International Women’s Year.

In 1977, she became one of the first two women ever to be a United States Attorney. Roxanne put heroin dealers behind bars and prosecuted white-collar crimes and corruption in public office. She also served as President of the Federal Executive Council, which is composed of the heads of all seventy federal agencies.

Roxanne has devoted much time to individual organizations and causes and community service. She founded and was the first chair of the Iowa Women’s Political caucus, and was president and general counsel of the NOW Legal Defense and Education Fund. Most recently, she has been named by the National Law Journal as one of the fifty most influential women lawyers in America, one of the 100 most influential lawyers in America and one of the top 10 litigators.  Her achievements have brought such honors as induction into the Iowa Woman’s Hall of Fame and national attention such as selection in 1975 as one of the 44 Women Who Could Save America and in 1976 as one of 44 Women Qualified for Cabinet Position.  In June of 1982, Roxanne won a three-way primary and became the Democratic nominee for Governor of Iowa. She was narrowly defeated in her effort to become that state’s first Democratic governor in 14 years, and its first woman governor.

She has had many other firsts. She was the first woman president of the Association of Trial Lawyers of America, a 60,000 member organization of consumer attorneys. She was the first woman to chair the Roscoe Pound Foundation, a trial lawyers think tank. She was the founder and first chair of the Civil Justice Foundation, which provides direct support to grass roots organizations and disabled individuals.  She was inducted in 1995 into the Inner Circle of Advocates, limited to only 100 members nationwide.  Recently, she was thrilled to have a law school scholarship named after her at the University of Missouri. She also received the Rosalie Wahl Award from the Minnesota Women Lawyers Association.

She married her husband, James, back in 1964. They have raised four children and have five grandchildren.