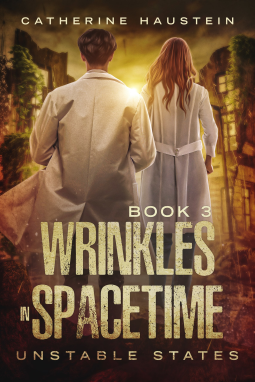 Fertility rates are dropping, and the autocratic male rulers have decided to turn to alchemy to produce offspring.  Sir Isaac Newton has been resurrected from the dead to take a lead role in the impossible task, ordered by the autocracy. He is to work as a team to create a homunculus, a tiny person, made outside of a womb. Women will not be needed.

Being celibate in his previous life, Newton has never indulged in romance, but procreation without females even sounds crazy to him. As he and Stella collaborate, they find that chemistry is not limited to the laboratory, but in a world where love and romance are punishable by law, mutual attraction could mean execution for them both. 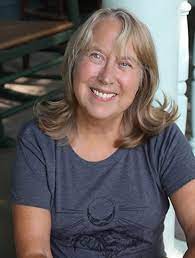 Born under a half-illuminated waxing quarter moon, Catherine Haustein is never sure if she favors light or shadow, but she remains optimistic. Her novels contain ample portions of all the above. An author and chemist, she lives and teaches in a tidy town in Iowa on the shores of a lake. A graduate of the Iowa Writers’ Workshop, she weaves the passions and optimism of science with the absurdities of the present, ghosts of the past, and dark possibilities of the future throughout her books.